So, you've arrived in Kyrgyzstan on a tour to learn about the country's nature. It is well known that the tour may be conducted in a car rent with our specialists eager to offer the greatest views of one of Central Asia's tiniest republics. We can confidently state that it is a territory rich in natural resources, extending to the west, south, east, and north, and bordering on a number of other countries.

The country's nature is beautiful and may be observed mostly in the form of mountains. As visitors drive through the area, they observe that roughly 90% of it is at altitude, with the Tien Shan mountains accounting for about 80% of it. Professionals are capable of covering a wide range of peaks. Natural resources such as gold may be found in the mountains of Talas region, the area surrounding the Chatkal River, Makmal, and the Kumtor Mine. 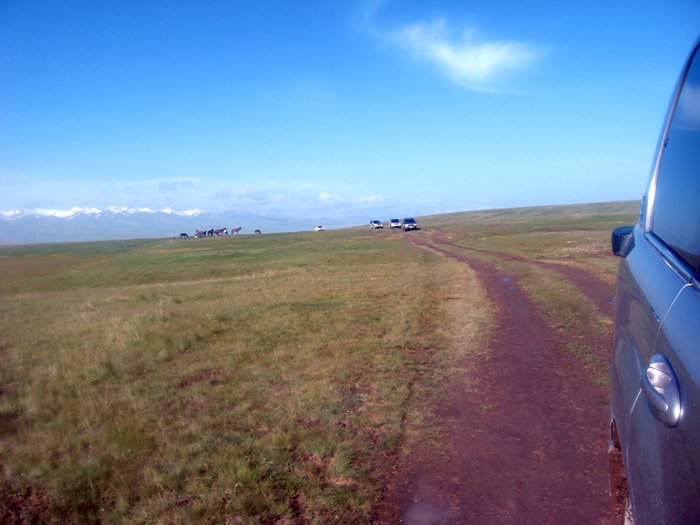 Lakes and rivers, which may be viewed high in the mountains, are also examples of nature. There are over 4,000 rivers and nearly 2,000 lakes in the area. Some of these may be seen when traveling with us on tours in Kyrgyzstan. And people who go rafting here are after the rivers.

Basically, travelers on the tours in Kyrgyzstan may see the results of nature as natural resources create the most stunning places, which serve as backdrops for heart-stopping photographs. Minerals, rivers, gorges, and hills are the country's riches.

We recommend visiting some of the country's parks to become acquainted with nature and rent a car in Kyrgyzstan. It is preferable to rent a car if you wish to visit the Issyk-Kul State Reserve. In 1948, it was founded. Snow leopards, Siberian goats, Marcopolos, and brown bears are all highly popular here. However, because these are wild creatures, approaching their houses for communication is not recommended. The park covers a total area of 1329 hectares, of which 687 hectares are forested.

The boarders can travel to the Sary-Chelek Biosphere Reserve in the southern portion of the nation. The park was established in 1960 with the goal of protecting Kyrgyzstan's forests and landscapes. Ala-Archa National Park, established in 1976, is another well-known park in the nation. Due to its proximity to the city, it is the most often visited park by travelers when come for tours. Everyone may enjoy the diverse flora and wildlife, hike high in the mountains, or stroll along the paved route.

The National Park of Chon Kemin, located in the south of the Chon-Kemin valley, is another place that our team would like to highlight. It was established in 1997 and covers around 123 hectares. People chose to establish this park because they wanted to preserve nature, woods, and flora and wildlife.