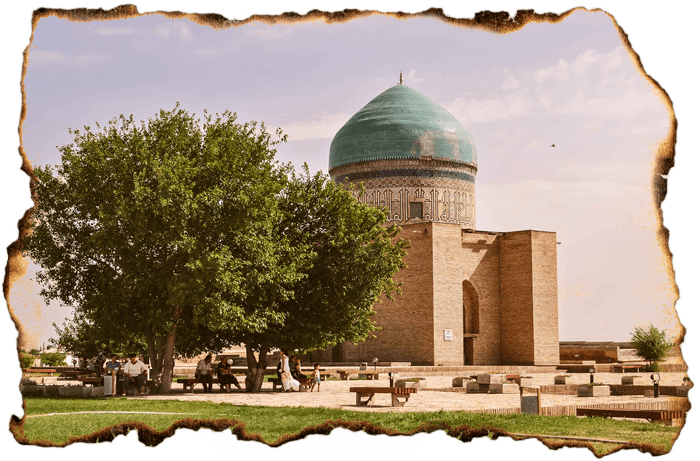 Time: 4 days
Target: Kazakhstan
Highpoints: Almaty - Issyk Lake - Almaty - Shymkent - Turkestan - Shymkent - Chernyaevka
Day 1: Almaty - Issyk Lake - Almaty
Guide will meet and accompany you for the city to have Kazakhstan tour 6. You will explore the most significant sights of the city that will tell you the history sand development of the southern capital of Kazakhstan. You will be impressed by the Green Bazaar where you can find practically everything. This site is a place where you can learn the art of the bargain. After it you will visit one of the oldest parks of Almaty that is known as the Panfilov Park and witness the beauty of the wooden Zenkov Cathedral that is located. Next is the designation that was erected for fighters who died for independency of the country - Memorial of Glory and Eternal Flame. Later on you will be transferred to the south-western part of the city to have a stop in the Park of the First President of the Republic of Kazakhstan. In course of the tour you will visit the Issyk Gorge that is located along Kuldja tract. You will be amazed by the fact that many centuries ago it was the road of the endless chain of caravans. On the way to it you will have an excursion in the State Historical and Cultural Museum-Reserve "ISSYK". This place is known to have a lot of exhibits dedicated to the history and culture of the Saka period. After it you will be transferred to the elevation of 1756 meters above sea level to explore the breathtaking alpine lake Issyk that located in the valley with the same name. Here you will be able to witness the grandeur beauty of this lake as well as listen the story of the natural disaster of 1963. Transfer to the hotel.
Day 2: Almaty - Shymkent
In course of the tour you will have a morning flight to Shymkent (ab.1h 40 min one way). Here you w3ill be able to see the most interesting attractions that are located here. In course of the travel you will investigate the history of such prominent sites as Walk of Fame (park named after Sh.Kaldayakov), "Zher Ana" monument, Ordabasy square, Park "20 years of Independence of the Republic of Kazakhstan", Museum of Victims of Political Repression (30 minutes), Obelisk of Glory, Eternal Flame to the fallen in The great Patriotic War, Arboretum (stop for 20 minutes), Regional Museum (40-60 minutes). The night you will spend in the hotel.
Day 3: Shymkent - Turkestan - Shymkent
In course of the tour you will travel to Otrar region, Shaulder Settlement. There you will be able to explore the Local History Museum "Otyrar", Arystan-Bab Mausoleum, archaeological site of the ancient settlement of Otrar dating back to the IV century BC. Later on you will have a drive to Turkestan that appeared around 500 AD. This city located on the crossroad of the Great Silk Road due to it the city was very prosperous and even used to be the spiritual and political center of the Turkic-speaking people in the XVI-XVIII centuries. Moreover it will be interesting to known during the tour that it also was the capital of the Kazakh Khanate. In course of the tour you will explore such prominent attractions as "Azret-Sultan" historical and architectural complex, Mausoleum of Khoja Ahmed Yasawi, Turkestan ancient settlement, Necropolis, a fragment of the fortress wall, Citadel with gates, Hammam, Hilvet underground mosque. The night is in the hotel.
Day 4: Chernyaevka
Transfer to Chernyaevka to cross the border.
Transport:
02 pax - Sedan
04 pax - Minivan
06-10 pax - Mercedes Sprinter in Almaty / Toyota Hiace in Shymkent
Price per person:
02 pax - 730 $
04 pax - 530 $
06 pax - 395 $
08 pax - 335 $
10 pax - 305 $
Single - 55 $


Service does not include:
- Full board
- Single rooms
- Early check-in
- Travel insurance
- Visa and visa support
- Domestic flight Almaty-Shymkent - from 80 $